Resonator for a Blue Re-evolution 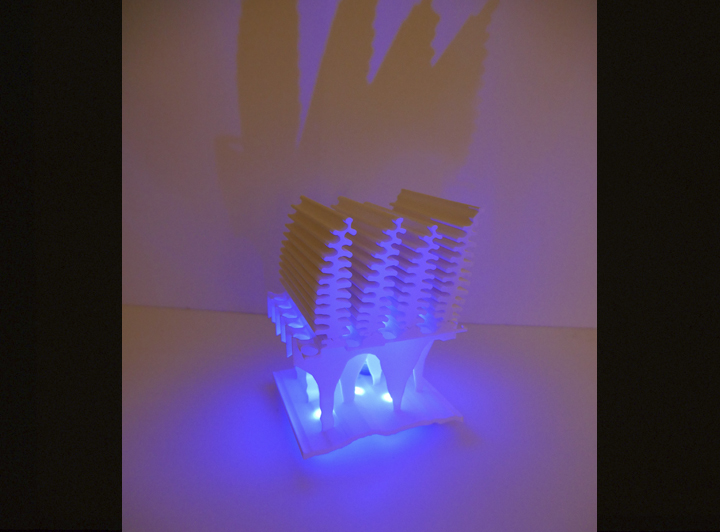 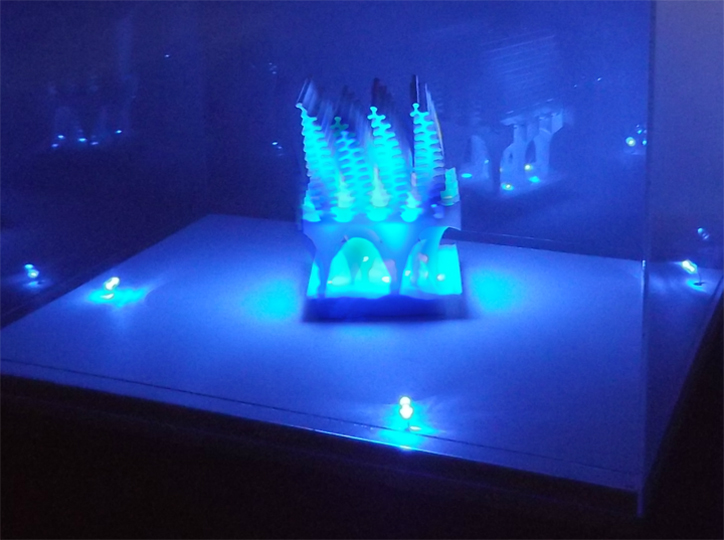 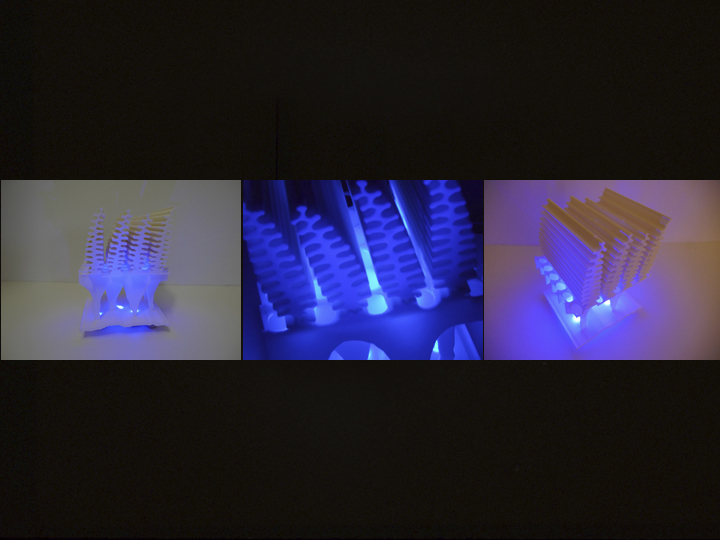 After many exchanges since 2008, I was given a residency in 2013 with a British photonics physicist and use of his knowledge, his scanning electron microscopes, followed by 3D rendering software, and a final rapid proto-type process. I was able to translate, draw and scale up the critical nano-architecture that creates the blue structural color on the wing of a Morpho menelaus butterfly 50,000 times. This motive is not only to understand the physics of light underplay, but also to metaphorically utilize this underworld as a suggestive act of metamorphosis and transformation associated with light and the properties of blue. Conceptually woven within this work is a continued dialogue around climate change (with the butterfly indigenous to the Amazon Rainforest), indicator species, understanding a transformation underfoot, and the investigation of role models. This particular sculptural work disassembles into several components.