Unsettled Practices; Art as a navigational tool in the uncharted Anthropocene 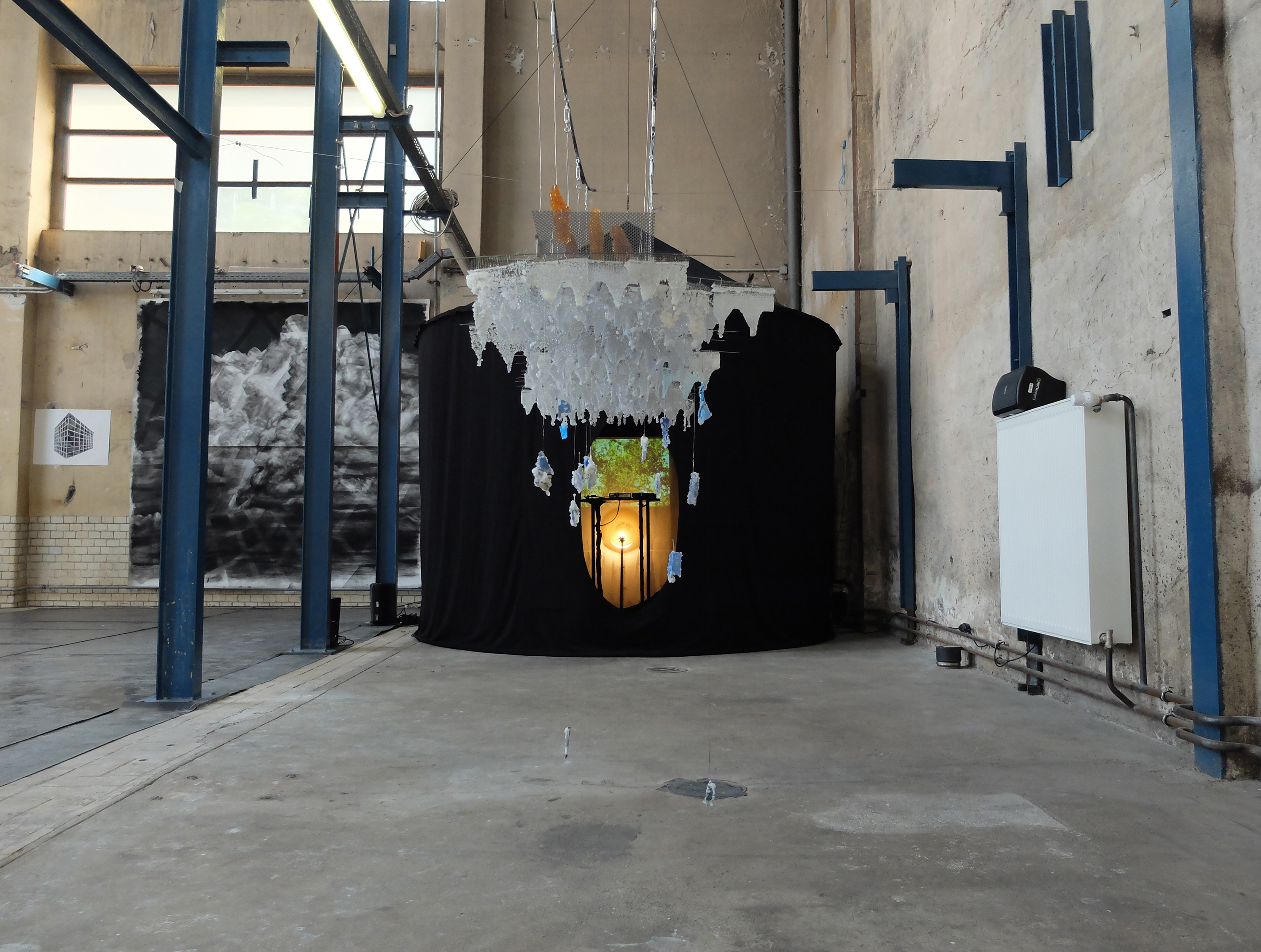 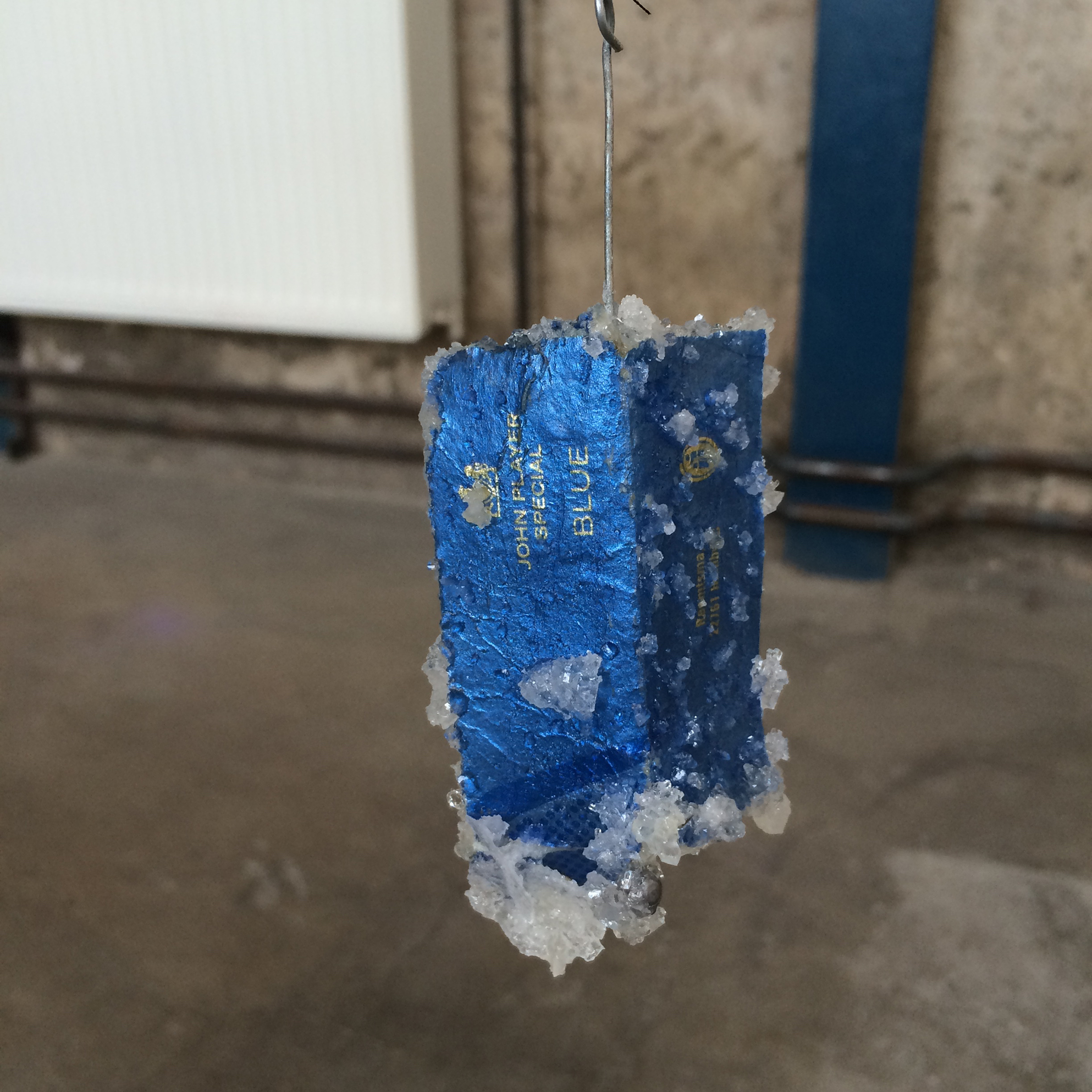 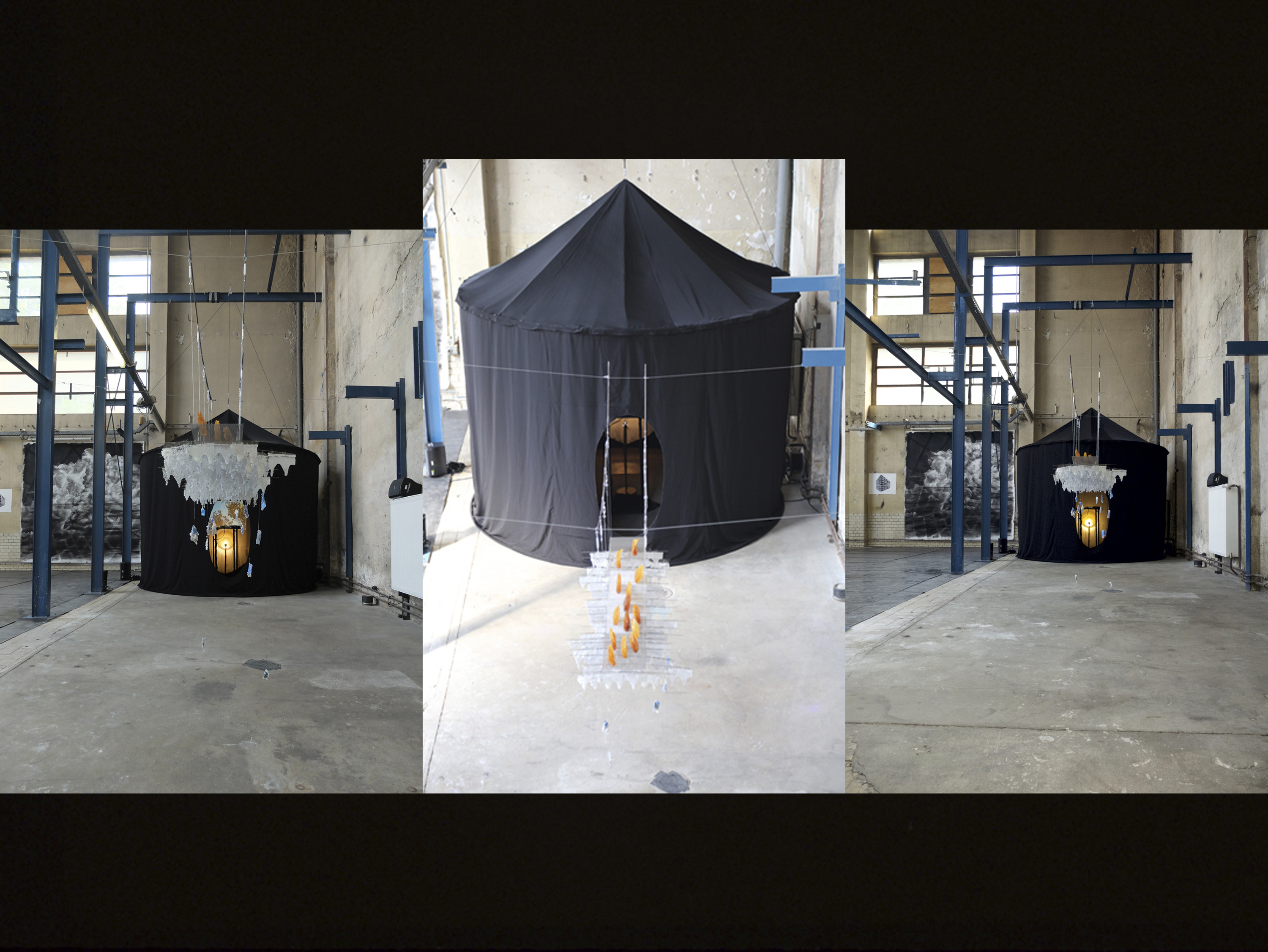 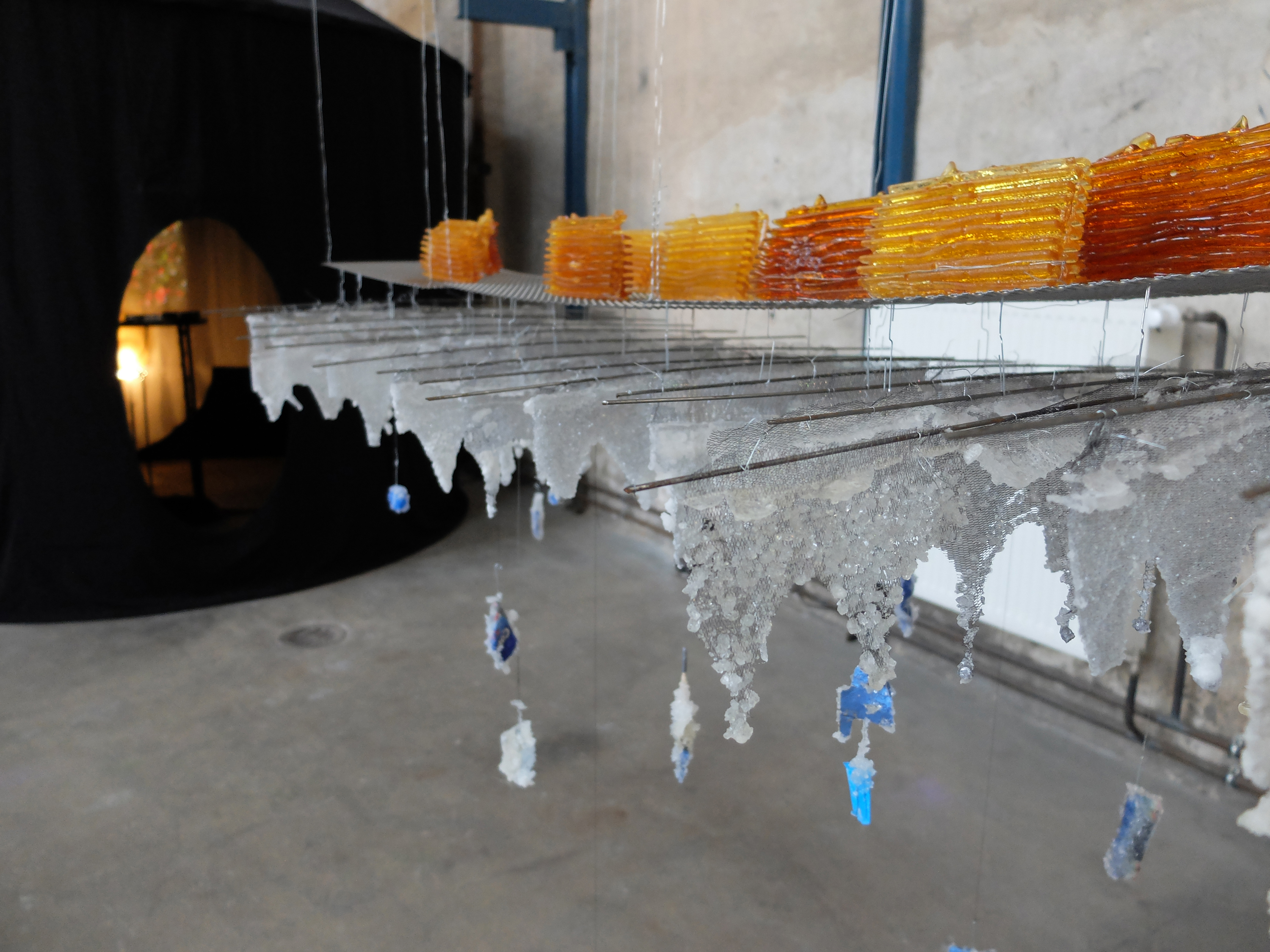 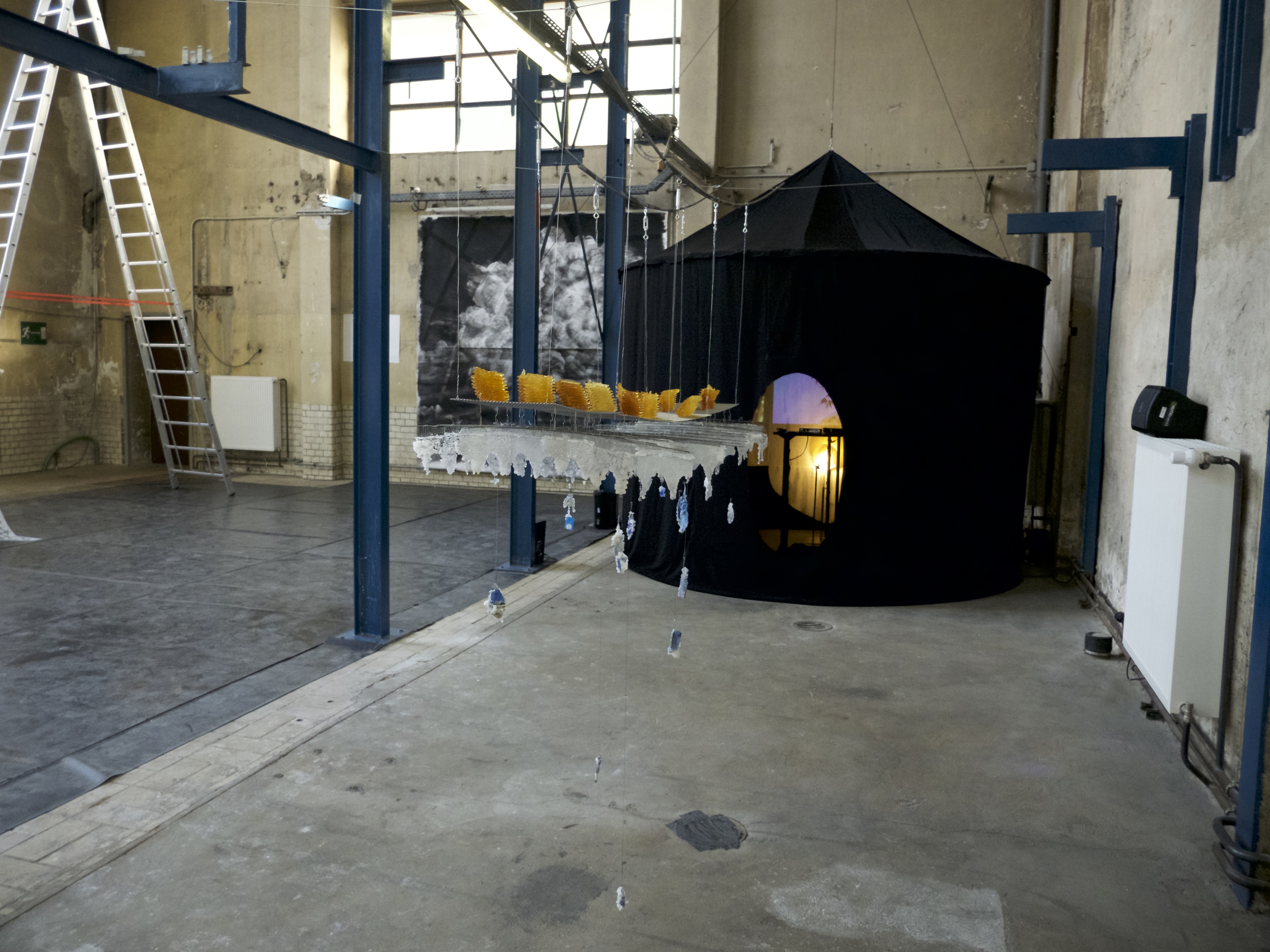 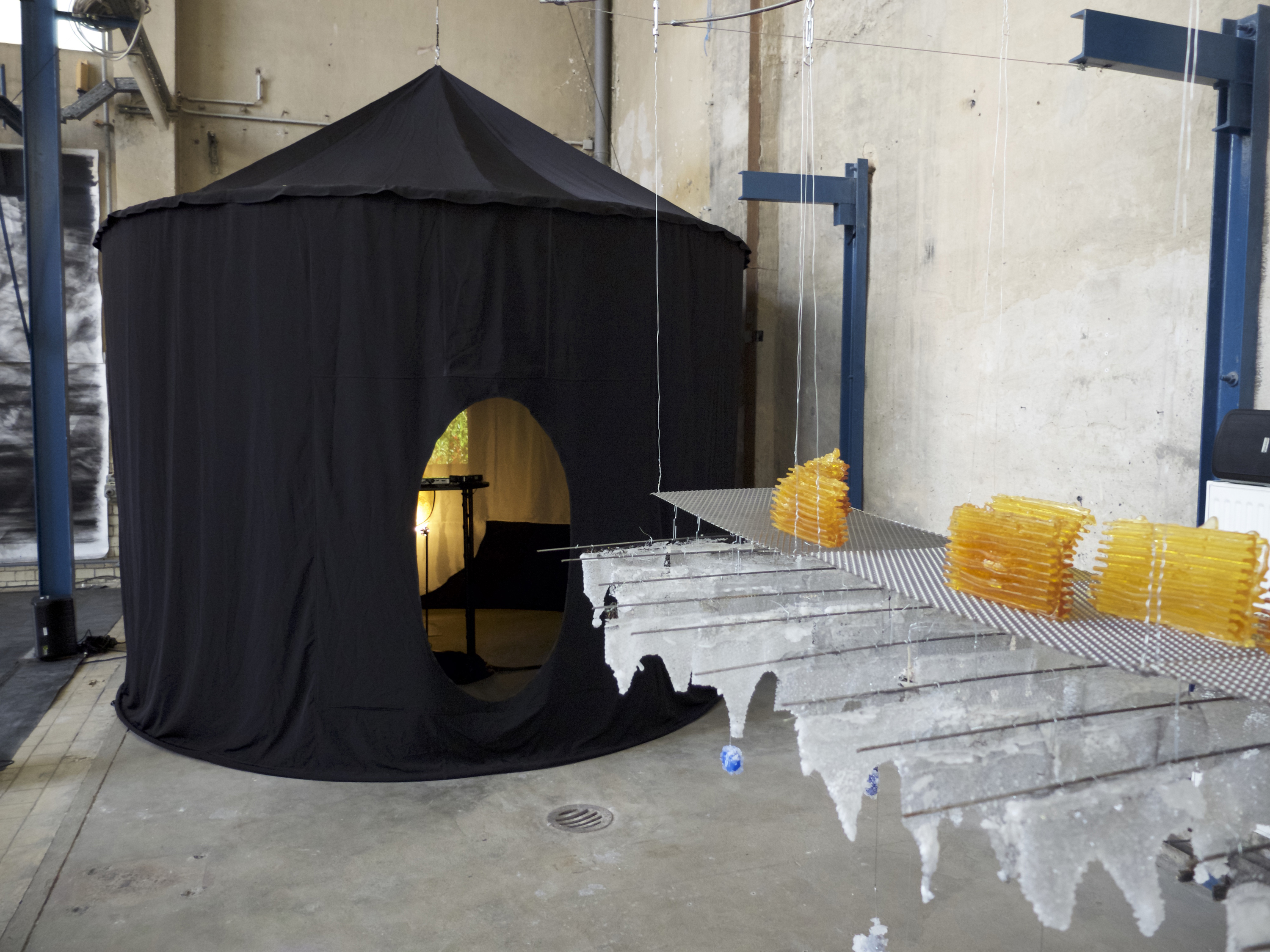 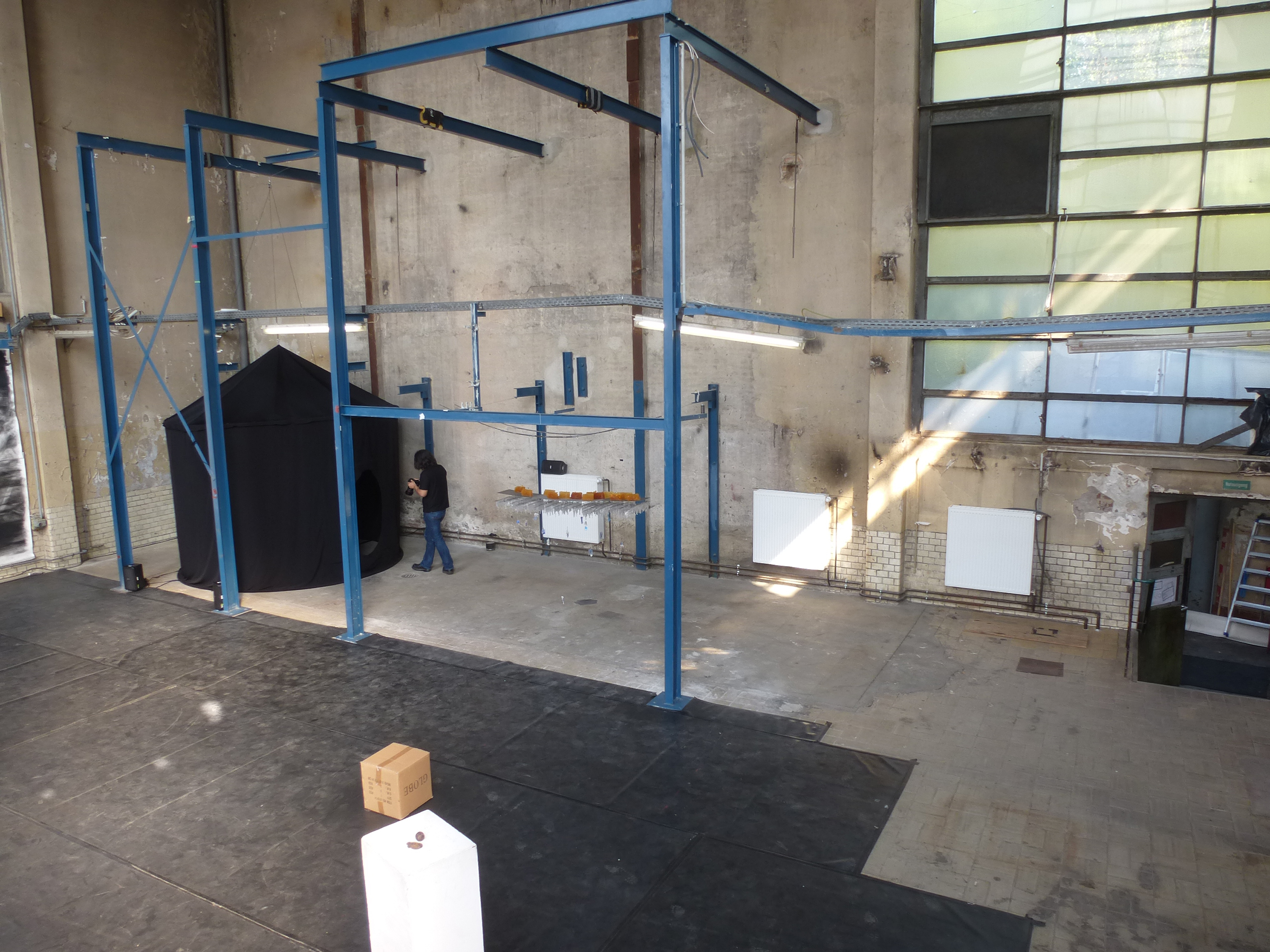 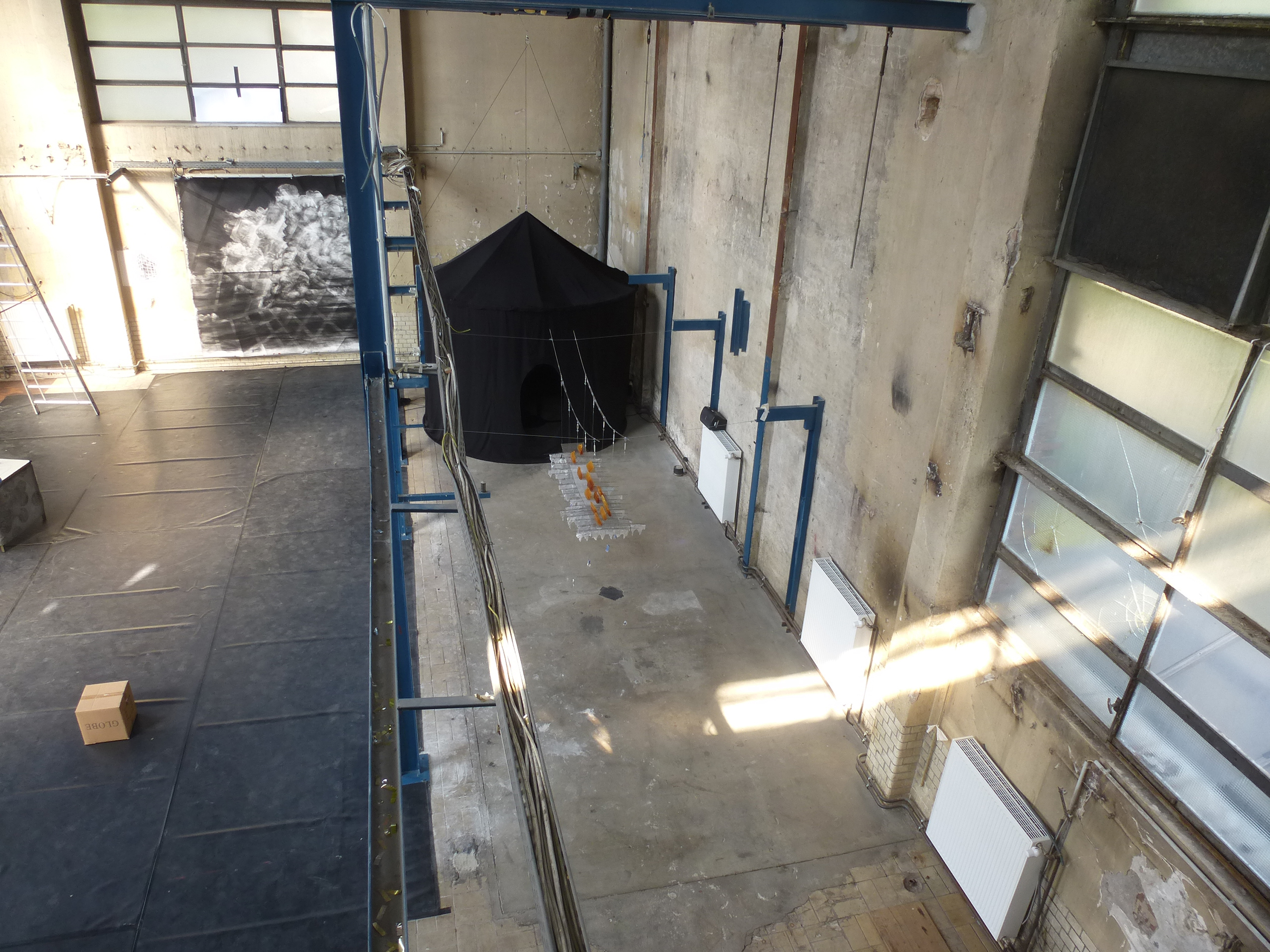 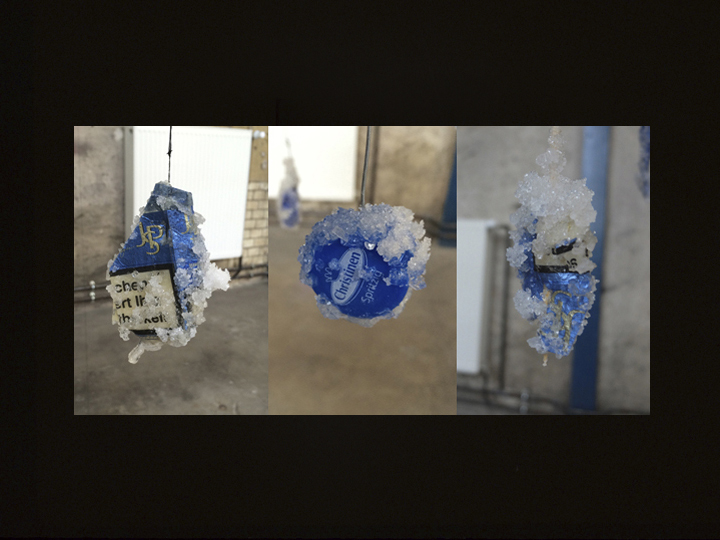 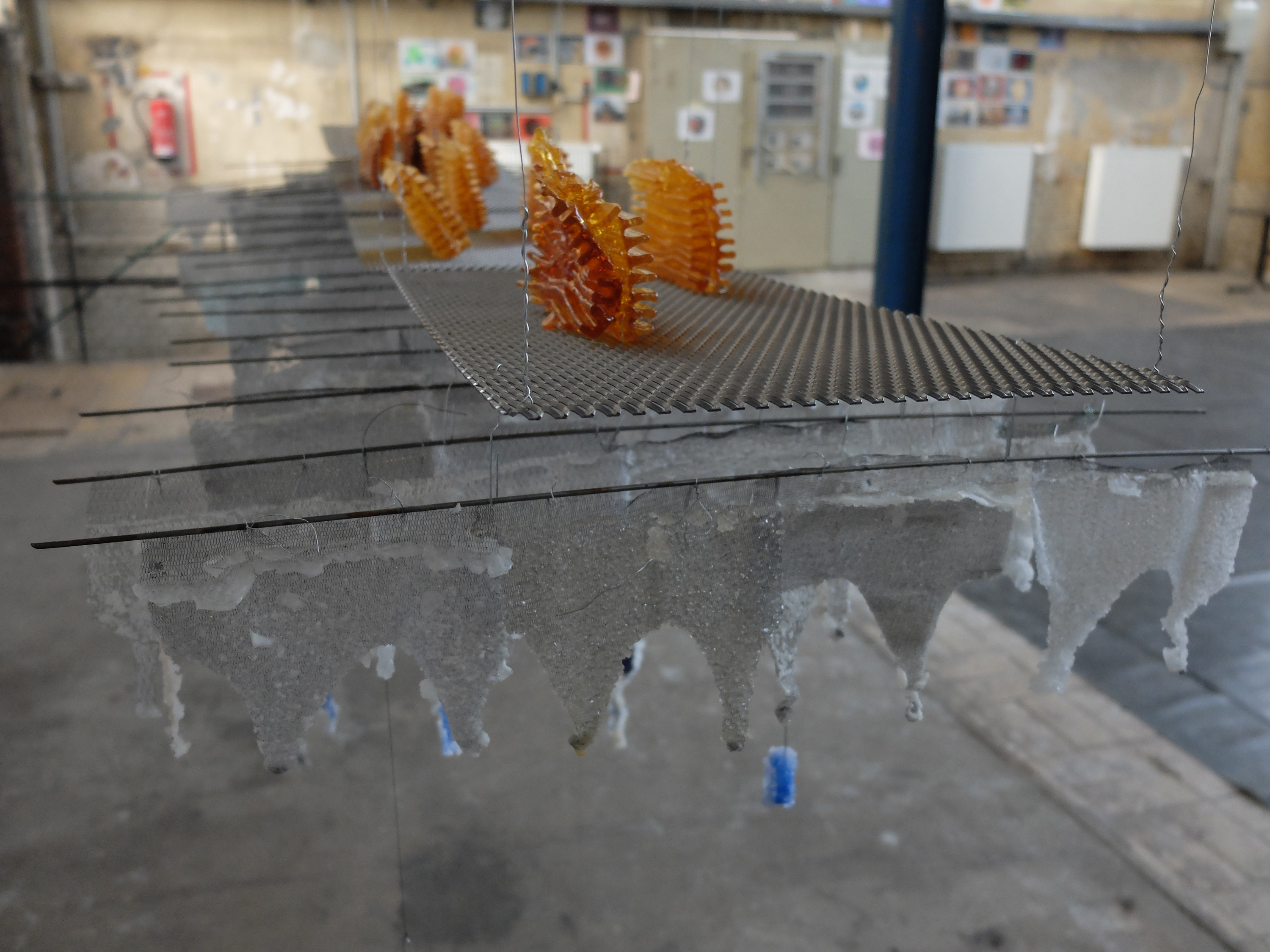 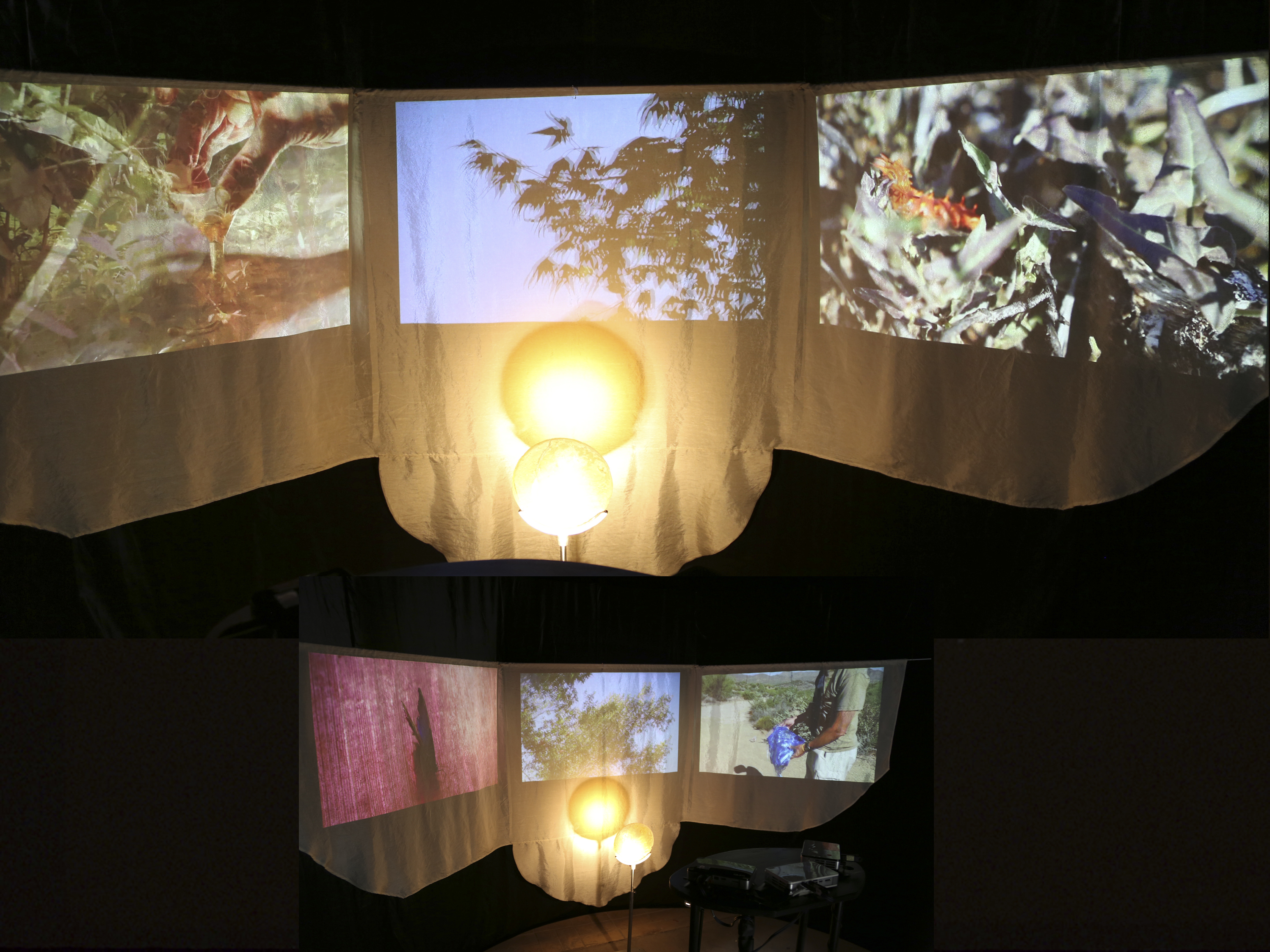 A two person exhibition in Berlin Germany, in which the artworks address the complexities of humans navigating the convoluted and entangled issues that unfold as one becomes more aware of the consequences of human activity in this new geological era, the Anthropocene. MacArthur’s installation, In Search of the Collaborative Blue Fringe, Part II, focused on a collaboration with a non-human animal (butterfly) and a biologist, while reflecting on extinction, energy generation and efficiency, interspecies relationships, and collaboration as a means to unexpected solutions. The work evolves from layers of exploration and meaning of the blue diffracted light from two species of butterflies. It engaged scanning electron microscope explorations, fieldwork collaboration with a behavioral biologist, the symbolism and psychology of the color blue, and the use of sugar as both energy source for butterflies and flow of energy through the living world. As the installation was shown previously in other venues in the US, MacArthur engaged site specificity and trekked through the urban jungle of Berlin spotting significant blues, in trash. These ‘blues’ were transformed by sugar and attached by spindles to the sugar crystal assemblage, creating flashes of blue light reminiscent of the animal inspiring the work. The Heizhaus, the site of exhibition, which means ‘heating house’ in German, was the source of heating for the entire factory on its grounds. Due to its huge glass windows and its history, the space resonated with the energy issues addressed in the work and had an appearance of a ‘conservatory’. Yet the derelict interior suggested a dystopian world serving the dialogue inherent in Deerman’s drawings, paintings, and ladder installation, and amplifying, via contrast, MacArthur’s meditation on the fragility of the non-human world.

In Search of the Collaborative Blue
A Common Currency